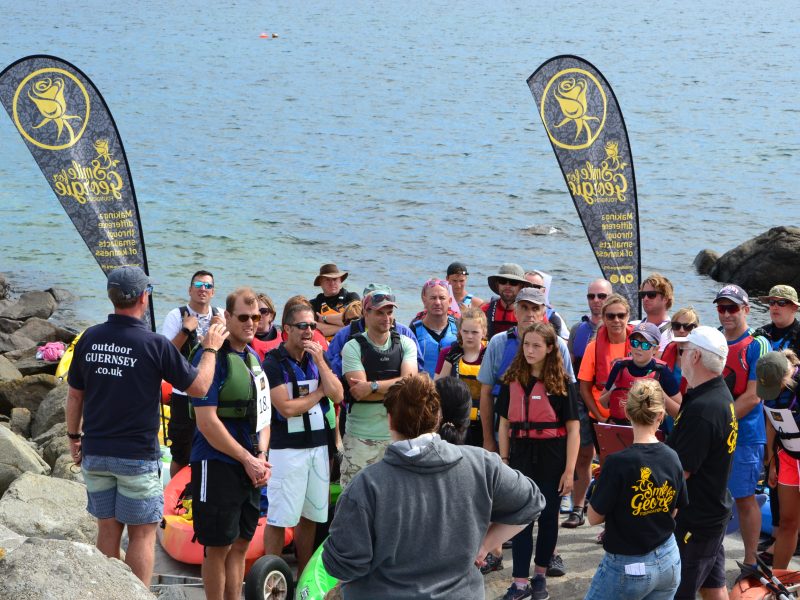 On Sunday the 2nd September, twenty four kayakers and a lone paddle boarder took to the water for a challenging west coast adventure.

The challenge was supervised by the Outdoor Guernsey team who ensured that every participant had a safe and enjoyable passage along the west coast from Rousse down to Portlet where they were met by a large group of supporters.

In near perfect weather conditions, most of those who took part were able to reach Portlet in under three hours where they were each issued with a Smile for Georgie medal, along with a certificate detailing the time it had taken them to complete the challenge.

Ages ranged from an 11 year old accompanied by dad in a double kayak, to first timers aged over 55 years and it was clear that everyone had enjoyed themselves. This spectacular west coast event will be on offer again next year in conjunction with Outdoor Guernsey and those who took part are already looking to better their time.

Over £3000 was raised for the foundation as a result of the enormous effort from everyone involved and through the support of Outdoor Guernsey who donated their time and all the proceeds from the equipment hire to the foundation.

Film of the event is courtesy of The Drone Ranger who has provided some spectacular footage. 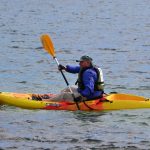 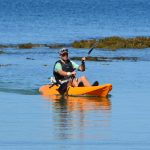 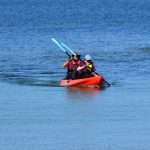 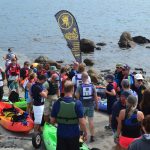 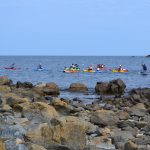